Use the above links or scroll down see all to the PC cheats we have available for Command &amp; Conquer: Red Alert. 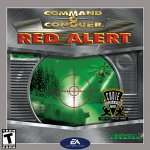 Search for the file called rules.ini, open it and edit it and you can do anything, such as tanks that shoot with a cruisers range.

I have found out that your mine layers cannot run over enemy mines. Nor do Tanks run over Anti- Personnel mines, and vice-versa. So then if you see your mine layer not going over a certain area, even though you tell it to, there is an enemy mine waiting there.

Conditions: you are on an island map in skirmish mode. If your computer opponent is on his own island do this: get a bunch of cruisers and a transport with 1 cheap infantry troop on it and go up to his coast. Station the Cruisers along the coast and unload the transport. All of the computers men will rush your infantry troop, but your cruisers will wreak havoc on them! Overall it is 1 man for a score of tanks!

Build a Ore Refinery, place it. Make another one but don't place it yet. Be sure to have room next to the 1st refinery first. Next sell the refinery, then quickly plce the other refinery next to where the 1st one was, soon, money will roll in, until you can't get anymore! and no silos needed.

How To Get Soviet And Allied Tehnology (In Multiplayer)

Well, sort of sonar pulse. You can find enemy subs by selecting a naval unit such as a transport and moving the cursor over the water areas on the map (not the main screen). If you get an 'I can't move here' icon then there is a submarine there.

When you sell a structure you sometimes get infantry for free. These men walk out of the building as it is sold, but sometimes walk out of the top of the building and stand on top of a wall. At this point the wall cannot be sold and the infantry cannot be moved. Massive throwing range:If you select a grenadier and tell him to force fire on somewhere nearby he will start the throwing sequence. Just as he is about to let go of the grenade force fire on something a long way away. The grenade will land at the new position. This allows you to throw grenades the entire distance of the screen!

No Need To Store Ore

Whenever you start building a structure or unit the money for it comes from any stored ore before draining your cash resources. However, if you cancel the building be refunded the cost so far in cash no matter what was used to pay for it. So there is no real need for silos.

At the title screen, click on the Westwood logo.

Build a missile silo and wait until a missile is ready to be launched. Then, sell the silo and immediately launch the missile. When timed correctly, the sale will be aborted and men will exit the silo.

Begin a game in skirmish or multi-player mode. Choose to be France and achieve a tech level of 7 or greater. Then, hold [Shift] and click on the radar jammer icon.

On the title screen, hold [Left Shift], then use the Left Mouse Button to select the round speaker.

If you want to sell your vehicles, like the ones you don't want or you are out of money and need that last little bit then this is the code for you. Here is what you do: build a Repair Facility and drive a tank or vehicle onto it and while it is on the very edge put the sell button on it and it will sell. (The sell icon will be green if you catch it at the right time.) My suggestion is to have the sell button ready.

Run the game with the following command line parameter(s):

Cruisers and other naval units can move at the same speed as a transport if grouped together and then placed in formation (press 'F' while grouped). Westwood acknowledged this and then told everyone that there is the same problem with the APC and ground vehicles.

We have no unlockables for Command &amp; Conquer: Red Alert yet. If you have any unlockables please submit them.

We have no easter eggs for Command &amp; Conquer: Red Alert yet. If you have any unlockables please submit them.

We have no glitches for Command &amp; Conquer: Red Alert yet. If you have any unlockables please submit them.

We have no achievements or trophies for Command &amp; Conquer: Red Alert yet. If you have any unlockables please submit them.