Use the above links or scroll down see all to the Game Boy cheats we have available for Dragon Warrior Monsters 2: Cobi's Journey. 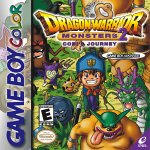 How To Get Cool Monsters

Breed a Goldgolem with a white king or a Metalking.

Breed any ZOMBIE family with Dracolord.

To get Dracolord you have to have 5 tiny medals and exchange them to get Servant. Then breed it with Andreal. If you want it with more defense breed it with metaly, mettable, or metalking. but I warn you it will have low HP.

Get A Strong Whipbird

To get a strong Whipbird you find another Monster Master in a Magic Key World ( I did mine in FIRSTMNT) and sometimes the person will have a whipbird and use the Sirloins that I told you to get, on the monsters. Then make sure you kill the other monsters before whipbird or one of the others will join you. But the Whipbird will know at least one halfway desent move. Mine knew TatsuCall. You can also get other monsters like Shantak, Battlerex, Rosevine, Metalking, Darkhorn, and Serpintia.

How To Get Alot Of Good Monsters By Breading

Get The Ultimate Slime!!!

TO get a DracoLord, breed a servant with an Andreal.

An Easy Way To Get A Zapbird By The Ice World

YOU MUST BEAT THE PIRATE WORLD IN ORDER TO DO THIS. READ ALL OF THIS THOROUGHLY BEFORE STARTING. Catch about 5-6 slimes in the Pirate world. If you want your matelking to know HEALALL, ALSO catch 2 healers. If you don't want metalking to know HEALALL, just catch 2 more slimes instead. Breed the 4 slimes to make 2 +1 slimes, and breed the other slimes with the 2 healers to get 2 more +1 slimes. Breed 2 of the +1 slimes to get a +3 slime. Raise the other 2 +1 slimes so they learn HEAL. Then make another +3 slime. Breed the +3 slime so it learns HEAL.Then breed the 2 slimes to make a +5 or +6 KIngslime. If you just get another +4 slime, just breed another slime with it to get Kingslime. Make sure that the Kingslime learns HEAL. Then beat the Ice world and go to the Ice tower in the middle of the lake and catch a Metaldrak. Breed K.S. and M.D. to make Metalking. U can only Catch M.D in Cobi's Game. If youre playing tara's versoin, catch a pixy and plant, make a Gulpple, breed it with a member of the dragon family to make an Andreal. Breed it with a material family member to make Metaldrak. Put Kingslime first to breed, then Metaldrak.

To get a Drak Slime breed a Slime Family member with a Dragon Family Member.

We have no cheats or codes for Dragon Warrior Monsters 2: Cobi's Journey yet. If you have any unlockables please submit them.

We have no unlockables for Dragon Warrior Monsters 2: Cobi's Journey yet. If you have any unlockables please submit them.

We have no easter eggs for Dragon Warrior Monsters 2: Cobi's Journey yet. If you have any unlockables please submit them.

We have no glitches for Dragon Warrior Monsters 2: Cobi's Journey yet. If you have any unlockables please submit them.