Use the above links or scroll down see all to the PlayStation 2 cheats we have available for Drakengard. 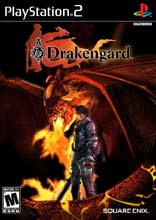 Okay after the movie were the whole battle field get blown-up by the fireballs from the sky you have to run and find Verdelet don't find him just jet go talk to the surviving people and talk to him twice and he will say here's a sword for you from your father here take it. And there you get the sweet samurai sword it's pretty strong.

You meet these later. These enemies will deflect your magic attacks with double the damage. Though this still hurts them, you will get hurt more than them. The dragon's attacks will also be deflected. If you have the Swordsmasher weapon then you can successfully hurt these enemies without taking damage yourself.

In chapter 6, verse 4, defeat all enemies on the 2nd floor to make the treasure box appear.

In chapter 5, verse 3, kill 200 enemies in the first 10 minutes of the level. The dragon works best.

In chapter 4, verse 5, destroy all enemies along the initial strip of targets. The required enemies are in a ditch on the opposite side of6 a hill. Check your map and you will see where it is. The treasure box will then appear.

In chapter 3, verse 14, destroy all enemies inside a cave, but only after destroying the targets around the prison. The treasure box will then appear.

In chapter 2, verse 13, destroy all enemies in the northcentral valley on your map. The treasure box will then appear.

In chapter 2, verse 3, destroy all of the targets before reaching the bridge and some enemies on the bridge for the treasure box to appear.

In chapter 1, verse 10, show up in a specific room to fight an enemy. After the fight the treasure box will appear.

In Chapter 1, verse 10, in the 2nd floor keep, destroy the 4 silver queen enemies and the treasure chest will appear. THE TREASURE BOX ICON WILL NOT APPEAR ON THE MAP!

In Chapter 1, verse 8, destroy a;; eenemies near the fort on southwest corner on the map.The treasure box will appear once all enemies are destroyed. To make this task easier, use the Dragon.

In capter 1, verse 2, to get this weapon you must simply beat the mission.

To get the level three dragon first it has to be level two first. Then after you beat the Black Dragon in chapter 7 it will level after the fight!

When in battle keep pressing square to use combos and when your weapon glows attack then quickly press triangle to use that weapons finishing move. (This works with any weapon for any character.)

Successfully complete the Shinjuku free mission. Then, select sky mission mode and highlight the Chaos Dragon at the dragon selection screen. Press Down and select the "???" option to fly a jet.

We have no cheats or codes for Drakengard yet. If you have any unlockables please submit them.

We have no unlockables for Drakengard yet. If you have any unlockables please submit them.

We have no easter eggs for Drakengard yet. If you have any unlockables please submit them.

We have no glitches for Drakengard yet. If you have any unlockables please submit them.

Submit a cheat for Drakengard