Complete Walkthough - Guide for Harry Potter and the Chamber of Secrets

Scroll down to read our guide named "Complete Walkthough" for Harry Potter and the Chamber of Secrets on Xbox (Xbox), or click the above links for more cheats. 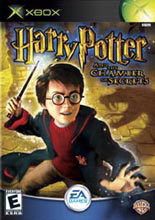