Scroll down to read our guide named "Lightside Walkthrough" for Star Wars: Knights of the Old Republic on PC (PC), or click the above links for more cheats. 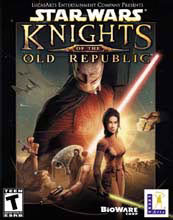 Tweet
Check Xbox cheats for this game
Back to all Star Wars: Knights of the Old Republic cheats