Pirates of the Caribbean cheats & more for Xbox (Xbox)

Get the latest Pirates of the Caribbean cheats, codes, unlockables, hints, Easter eggs, glitches, tips, tricks, hacks, downloads, hints, guides, FAQs, walkthroughs, and more for Xbox (Xbox). CheatCodes.com has all you need to win every game you play!

Use the above links or scroll down see all to the Xbox cheats we have available for Pirates of the Caribbean. 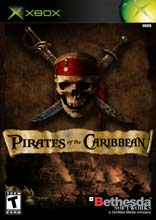 Get Different Jobs For Your Ship

Go to the tavern and walk up to a person sitting down at one of the tables and ask them if they want a job and if they say do you need a first mate then if you already have a first mate then click down and it will say cannoner, press it and they'll say do you need a cannoer, click A and they'll name their price. Keep on saying that's too much money and it will give you more money.

Instead of rushing through the game go through and complete the shop quests which require you to deliver cargo in one month. The time it takes to complete these tasks is usually very minimal (averaging 3 minutes or so). The net result will be impressive as you will earn cash, experience points (for you and crew if they are with you on land), raise your repuation points (and will never drop). Raise yourself and your ship high enough by completing these quests and pirates will flee instead of attacking because they will feel threatened by your power. Save before asking for the job (as sometimes the fee will be lower). Reload and soon you will get a higher paying job because these jobs are random. If you have an outstanding quest on an island, the shopkeeper may not want to talk to you which will not allow you to deliver the goods. Reload at the shop and take another quest to somewhere else and avoid having to make

Since you are at war with France, you are going to attack some French ships. But not any french ships, only those that are battling pirate ships, because any other time when you encounter french ships they attack you. But this time they will be your allies, against the pirates, so find a battle where you are totally out numbered by the pirates and quickly defeat them. Now after the battle the french ships will not attack you, they will sail on their way. Get in close to those french ships and fire your kibles at their sails, do it to each ship, but do not fire anything else or the ships will instantly attack you. Now with their sails destroyed they cannot manuver very well, when you begin your attack, you can pick them off or flee if you must. Next select the ship you want to take over, get in real close and fire the grape shot at point blank rage. You will kill off some of the crew, and will instantly board their ship for a take over. Now when you have your new ship the other french ships "if there are anymore" will attack you. But since you took out the sails, the battle will be easy, so sink them or run away to repair. You can do this with other nations, but once you do this you will be at war with them, which just adds to your problems early in the game.

Name your ship caribbean.Then anybody who goes in your fleet can't die.

Press A, X, Y, X, Y, B, B, Y, B, A on the controller to change your reputation back to neutral. This can only be done on land and no menus should be open at the start.

We have no unlockables for Pirates of the Caribbean yet. If you have any unlockables please submit them.

We have no easter eggs for Pirates of the Caribbean yet. If you have any unlockables please submit them.

We have no glitches for Pirates of the Caribbean yet. If you have any unlockables please submit them.

We have no guides or FAQs for Pirates of the Caribbean yet. If you have any unlockables please submit them.

Submit a cheat for Pirates of the Caribbean