Use the above links or scroll down see all to the PC cheats we have available for Rome: Total War. 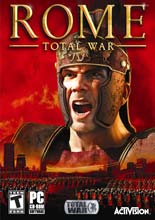 Slaughter With Your Cavalry/Break A Siege

If you are besieged, always attack on the turn you are besieged because the enemy will have no siege equipment to use. If the enemy has artillery, you should try to get rid of it as soon as possible (to see how to attack when besieged, look in the manual under 'sallying forth'). When you attack the enemy, USE YOUR CALVARY!!! Calvary can slaughter! even against phalanx formations, it is simple: flank from behind. If the phalanx turns toward you, split your calvary in half(if you have more than one calvary group) and make one a diversion team. a phalanx can't point in two directions. If you have Praetorian or Legionary Calvary (only available after the Gaius Marius Event), use them, they are the best calvary Roman money can buy. Use them instead of your general to protect him, he is very valuable.

How To Fight With Phalanxes

When you are the Macedonians, Greeks Cites, or anyone with phalanxes always fight with them in Phalanx formation otherwise they are useless, but they march really slow when they do. So take them out of the formation and have them run until they are just about to attack then stop them and put them in Phalanx again. I know this may seem like a lot of work for nothing, but it mkaes them very useful in a fight and you can also turn to face a threat to your Phalanx more quickly this way as well.

First do ~ for chat menu
for super great elephants and strong select city and cheat :oliphaunt
for money you now:add_money 40000
for population adding type city name and number:Rome 4000 max. but as you got a city as Campus Sarmatae doo this:Campus_Sarmatae 4000 is max. People
for make a building progres clear in a city doo this: process_cq Campus_Sarmatae
and as your attacking a city! Doo this and a part of the wall of the city is falling down! Cheat:jericho

During a campaign game, press the ` button and type in 'bestbuy.' Your units will be 10% cheaper.

On the campaign map, press (~) to open the console. Cheat is case-sensitive.

NOTE: When you take the fog of war off, once your turn is finished, you have to wait for all other factions to take their turns. Press 'spacebar' to speed up their moves

On the campaign map, press (~) to open the console. This cheat is case-sensitive.

NOTE: This cheat only works once per game session, to do it again, you have to quit the game and then re-open it.

We have no unlockables for Rome: Total War yet. If you have any unlockables please submit them.

We have no easter eggs for Rome: Total War yet. If you have any unlockables please submit them.

We have no glitches for Rome: Total War yet. If you have any unlockables please submit them.

We have no guides or FAQs for Rome: Total War yet. If you have any unlockables please submit them.

We have no achievements or trophies for Rome: Total War yet. If you have any unlockables please submit them.