Use the above links or scroll down see all to the Dreamcast cheats we have available for Sega Rally 2. 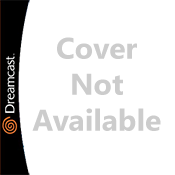 Select arcade mode and begin a game in the Rivera race in either championship or practice mode. Drive as usual until reaching the last turn. Two red construction cones should appear as the turn is approached. Intentionally hit both of the cones. If done correctly, you will hear a sound with each hit. Turn around, and drive your car in the wrong direction. An opening to a hidden section of the track will eventually appear. Enter it to find a hidden section of track that contains many construction cones. The game will give you 29 seconds (separate from the normal race time) to knock down as many cones as possible for 100 points each.

During a replay, press A, Y, or X to change the view. Use the D-pad to rotate the camera angle. Press B to return to the normal replay angle. Press Down while in the driver's view to switch to a behind the car view.

At the car selection screen, use the D-pad to change the view of the cars.

At the car selection screen, highlight a car and press L.

At the track or mode selection screen, press Y or R when making a choice. Then the track will be less detailed and the race timer will appear on the right side of the screen.

Finish in first place in every year under "10 Year Championship" mode.

Two additional bonus cars are unlocked by playing in arcade mode. The Renault Maxi Megane is unlocked after finishing in seventh place or better on the "Easy" difficulty setting. For the Toyota Corolla Tien, highlight the Toyota Corolla at the car selection screen, hold L, then select that car.

At the "Press Start Button" screen, press Up, Down, Up, B, A, Left, B(2), Down. If you entered the code correctly, you will hear a sound.

We have no unlockables for Sega Rally 2 yet. If you have any unlockables please submit them.

We have no easter eggs for Sega Rally 2 yet. If you have any unlockables please submit them.

We have no glitches for Sega Rally 2 yet. If you have any unlockables please submit them.

Submit a cheat for Sega Rally 2