Home  >>
Wii U  >>
The Legend of Zelda: Twilight Princess HD

The Legend of Zelda: Twilight Princess HD cheats & more for Wii U (WiiU)

Get the latest The Legend of Zelda: Twilight Princess HD cheats, codes, unlockables, hints, Easter eggs, glitches, tips, tricks, hacks, downloads, hints, guides, FAQs, walkthroughs, and more for Wii U (WiiU). CheatCodes.com has all you need to win every game you play!

Use the above links or scroll down see all to the Wii U cheats we have available for The Legend of Zelda: Twilight Princess HD. 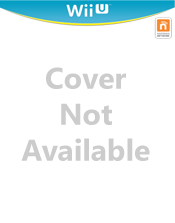 The big wallet can hold up to 600 rubies. How you get this is very simple. Go to castel town and get in the middle of the town in the big circle. Head south and you should be going down the hallway. Take a left an you should see a guy looking through a window. Go in that house and the Bug-lady should be there. Talk to her and she will tell you if you give her 1 bug she will give you a special gift. Go find I golden bug-you can find one going to the North hallway- give her the "golden" bug and you will receive a big wallet. If you continue to give her bugs she will give you 50 rubies for a bug and 100 rubies for a pair.

Inside the fishing hole house is a black and white picture of the fisherman from Ocarina of Time holding the Hylian Loach. It is to the left of the counter.

The cannon keeper at the lake has a bullet bill patch on his arm.

It is found in the field north of Hyrule Castle. If you're coming out of the East Bridge of Castle Town, go left and up the trail. There will be a split ahead, keep going straight. The Beetle is on the tree to your right.

Once you have collected two Mirror Shards go to the red dot marked on the map. Rusl will be waiting for you. He'll send you to sacred grove. Defeat the puppet master then go to the tunnel that leads to the statue blocking the door. STAY IN THE TUNNEL! Look on the ceiling of the tunnel. Their should be a snail on it. Get it with your clawshot then grab it.

If you go to Trill's shop (the bird on the route to the forest temple) he sells oil for 20 rupees and red potion for 30 rupees. If you steal either of them then he remembers you the next time you go in, but if you put a couple of rupees in the box he just calls you a cheapskate and lets you go (plus you can go in and do it again). This is good if you don't have a lot of money.

To defeat the Forest Temple Boss first aim the bomb plant first then aim one of the Parasites. (repeat process with the other one) After the event there will be 3 parasites but the one with the eye is your main target. When you see the monkey swing around with a bomb on his feet, aim for the bomb and then the one eyed-parasite. When the bomb hits the parasite it'll get stunned and fall, when this happens draw your sword and slash its eye until its done.

Find The Cave Of Ordeals

The Cave of Ordeals is easy to find as long as you got the missing piece of the Bridge of Eldin's. All you need to do is teleport back where you got the piece of Eldin's bridge and it right under there.

Key To Door By Entrance To Ganondorf

Before you enter the castle on the west side of the building transform into a wolf and go into you senses. Then dig on the leaves by the wall to enter a grave yard. Then go to three ghosts standing around a rock. Then blow the rock up with a bomb and walk over it. The gate should open. Go into the gate and light the torch. Then after that it will stop to rain letting you light the two torches to each side of the next gate. Once you light those two torchesthe gate will open. Take ot you Dominion rod and put each statue up againest the wall for you to jump from one to anothe until you reach the next gate. Pull the chain and open the treasure chest. It should be the key.

After beating the dungeon in the Goron Mines go to Malo Mart. One of the elders will inside. Talk to him and he will ask for donations to lower prices in Hyrule. Donate 1,000 rupees to him and then he will ask for money to open a new shop in Hyrule. After donating a total of 2,000 rupees a second Malo Mart will be opened at Hyrule. after finding it go inside and the magic armor will be 250 rupees.

Go to the big bridge (Not the Bridge of Eldin) and go to the northern part. Then face south and check the right wall. Use your boomerang to knock it off then pick it up by A.

Go inside Iza's boat rental shop near the upper river and help her clear the blocked areas of the river to recieve it as a thank you.

At the Zora River go to the balcony or the waterfall and find a Imp Poe. Drop down into the waterfall pool and swim to the rock. Clamber onto the ledge and run up the grassy ramped ledge. When the ramped ledge turns you will find the Dragonfly above a patch of grass. You know what to do.

Go to the part of Hyrule Field near Castle Town and head south from the female butterfly. Find a clump of flowers with a Male Butterfly in it. Grab it by pressing A.

Go to hyrule field and find a fat tree where the 2 Bokoblins roam. Then use your boomerang to knock a male beetle out of the tree. Once you knock it out, it would be on the ground or the tree log. pick it up by pressing A.

Go to the raised western part of the graveyard near Kakariko Village and find a tree where some of the guays (black crow monster) where sitting. There is a Male Ant on the trunk. Grab it by pressing A.

Cross the bridge and head south. There is an area with a Female Mantis that is up and left on a rocky wall, on the side of the giant tree root. Use your Boomerang and knock it off the wall to pick it up by A.

At the Zora River go to the signpost and find the Female Dragonfly over the rapid river. Use the boomerang to catch it.

Go to the part of Hyrule Field near Castle Town and fight 2 Bulbin Archers. When you're done face north to see a outcrop. In the flowers edge of the outcrop bring it down with the boomerang. Grab it by A.

In Kakariko Village, enter the building with a small hole in the roof that you made earlier while searching for Twilit Parasites. In the middle of the room is a Female Ant. Pick it up by pressing A.

Bring 20 poe souls to Jovani in castle town. (It will have Great Fairy tears in it when you get it.)

Buy it from Coro in Faron province for 100 Rupees

Get it in the store in Ordon Village after you catch a fish for the cat. The shop owner gives it to you for free.

Bring 20 Poe Souls to Jiovani to get a Bottle with Fairy Tears.

Go back to Iza's boat rental shop and play a minigame where you have to shoot pots w/ bomb arrows as you travel down river. Break a high amount(25 or more) to recieve the bag size upgrade.

Go to hyrule field and find a tree that is near a ledge. Then use your boomerang to knock a female beetle out of the tree. Once you knock it out, it would be on the ground or the ledge wall. pick it up by pressing A.

We have no easter eggs for The Legend of Zelda: Twilight Princess HD yet. If you have any unlockables please submit them.

We have no glitches for The Legend of Zelda: Twilight Princess HD yet. If you have any unlockables please submit them.

Temple 7 and on bosses

Submit a cheat for The Legend of Zelda: Twilight Princess HD