Get the latest Ultima 7: Part One: The Black Gate cheats, codes, unlockables, hints, Easter eggs, glitches, tips, tricks, hacks, downloads, achievements, guides, FAQs, walkthroughs, and more for PC (PC). CheatCodes.com has all you need to win every game you play!

Use the above links or scroll down see all to the PC cheats we have available for Ultima 7: Part One: The Black Gate. 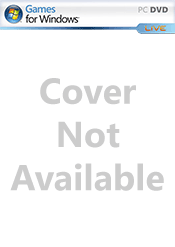 Do you remember a certain event in Minoc involving a certain dagger? Is there anybody in Jhelom who certainly is a weapon specialist? Like, Master De Snel? Be sure to be in good shape if you challenge him!

After you talk to all three warriors, you might want to hit 2 places in Britannia. First, Jhelom. Second, the other cave in Destard complex. In Jhelom, you might want to talk to Ophelia. In Destard-2, you find the Unicorn and tell him about Cosmo. The creature agrees to help and they live happily ever after, or something like that.

There are lots of problems in this town, but you can only solve one. Is there a serious troublemaker in Vesper? Have you talked to the barman? Who hates the gargoyles the most here? Talk to Blorn. Agree to help him. From here it is pretty linear: talk to Lap-Lem, then to Blorn again. Return the amulet to Lap-Lem.

Below are the locations of all towns on the mainland you will need to visit during the game. The locations are in the order you are most likely to visit them.

Below is the locations of and notes on your companions, in the order it is likely they will join you. Those marked by an asterisk (*) will always join the group. Others will refuse to join if the group is crowded (but will not leave unless you ask them to).

When you start the game, your stats -- and those of your companions -- are pretty low. This is how the Ultima games are built. One of the goals of the game is to increase the statistics. This is how you do it: You can increase them by training. Training has a cost, though. Training costs gold, naturally, and also training points. You gain the latter with experience. Kill creatures and solve quests to gain experience!

The Avatar is the easiest one to train. Don't bother with trainers: Solve the Forge of Virtue. And you are rewarded with maximum statistics! Don't forget to visit Lord British after the FoV -- another huge plus to Strengh and Health.

This is one of the most linear side quests in the game. As always, you just have to talk to everybody. And that includes (after Sprellic) the armorer. Agree to return the false flag, which he will kindly provide for you. Give the flag to Syria.

There is a hidden teleporter to a non-existing Treasure-and-Magic room here. It is located over a place where you surely will be. Look in The Smithy. It's on the roof there. To get to the roof, stack the crates, staircase- like, near the building, until you can walk to the roof. Then go around the roof until you get teleported.

You can start by running the game with a certain parameter. The parameter is: ABCD[255], where [255] means holding ALT down and pressing 2-5-5 on the keypad. During the game, press F3 to teleport around. Press F2 for the menu. I'm not going to describe the usage of this menu, find out by yourself (it's really not difficult!)

We have no unlockables for Ultima 7: Part One: The Black Gate yet. If you have any unlockables please submit them.

We have no easter eggs for Ultima 7: Part One: The Black Gate yet. If you have any unlockables please submit them.

We have no glitches for Ultima 7: Part One: The Black Gate yet. If you have any unlockables please submit them.

We have no achievements or trophies for Ultima 7: Part One: The Black Gate yet. If you have any unlockables please submit them.

Submit a cheat for Ultima 7: Part One: The Black Gate