Use the above links or scroll down see all to the Nintendo64 cheats we have available for Wayne Gretzky's 3D Hockey '98. 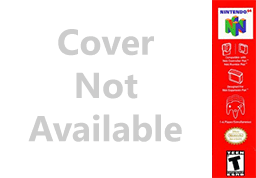 All you goalies will not like this code, but all you big scorers will like it! Do a rap around and there should be a wide open side of the net then you shoot the puck and then you should have a guaranteed goal!

To re-center any screen, hold L + R. Then, release both buttons to keep the screen in its new position. Hold L + R again to return to normal.

Place the player with the puck between the face-off circles and press A + C-Down.

On the main menu, highlight practice mode and press A on controllers one and two simultaneously.

Go to the main menu and highlight the play game option. Then, hold any C button and press Start. Now a game featuring Wayne Gretzky and the New York Rangers will begin.

Go to the team select screen. Then, choose an opposing team and press the C-Right (3). Now select your team, and start the game.

Pause the game and enter the options menu. Then, hold L and press C-Left(9). If you entered the code correctly, the seventh digit of the "Specials" option will change to the number "1". Resume the game. Now the score will change to "Them 1 - You 0" and the game clock will be set to "0:00". To activate this code without ending the game, use it immediately after a goal or at a face-off before the puck is dropped.

Turn on the game and tap A or B before pressing Start, until the credits appear.

In the options, setup, or audio menus, press Z. Now an advertisement will scroll across the lower part of the screen. A different ad appears each time Z is pressed.

Pause the game during the opening face off and select the replay option. Then, press L or R to cause a player to flash. Now while the player is flashing, press Z to make him invisible. The entire team can be modified in this manner.

At the options screen, hold L and press C-Down(2), C-Up(2), C-Down(2), C-Right (2), C-Down. If you entered the code correctly, the eight digit of the "Specials" option will change to the number "1". Then, return to the main menu, select the records option and enter the team stats screen. Now press C-Up(10). A modify teams menu will appear. Highlight a team and press A, highlight a second team and press A again. The first team's roster will appear on the left side of the screen. Press B to change the team on the right side of the screen. Press Up or Down to highlight the player to be replaced; press Left or Right to highlight the replacement player. Press A to make the trade. Press Start to advance to the next team to modify. Note: Only two custom teams can exist at once.

We have no unlockables for Wayne Gretzky's 3D Hockey '98 yet. If you have any unlockables please submit them.

We have no easter eggs for Wayne Gretzky's 3D Hockey '98 yet. If you have any unlockables please submit them.

We have no glitches for Wayne Gretzky's 3D Hockey '98 yet. If you have any unlockables please submit them.

We have no guides or FAQs for Wayne Gretzky's 3D Hockey '98 yet. If you have any unlockables please submit them.