Use the above links or scroll down see all to the Game Boy Advance cheats we have available for Yu-Gi-Oh! Worldwide Edition: Stairway to the Destined Duel. 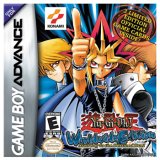 To get Pegasus enter the following codes:

The best way to beat Odion is to get out Jinzo. Your traps may not work but most of Odion's deck is made up of traps. From there on just keep hacking at his lifepoints and youll win fast.

Kaiba Mokuba Will Go Into

Some times kaiba mokuba will go in to defense mode if you beat him 90 times. But that only a few times I've beaten him over 120 times now & 0 times loss.

If you duel Kaiba Mokuba you will see that he will never goes in defense mode even when you have a stronger monster on the field. I've beaten him over 50 times only twice that I've seen him use a Blue Eyes Ulitmate monster. If so restart the game and shouldn't have it again.

To get to the Marik story (the Pyramid Puzzle), you must defeat all of Marik's Ghouls once. They are Arakana, Strings, Rare Hunter, Lumis and Umbra, and Odion. When you do, Solomon will come to you and tell you Tea's been acting weird. Tea comes, but she is controled by Marik. She'll take you to the Pyramid Puzzle, where you must defeat each duelist to get to the end. Tea will be first, but be warned, she's more powerful than her normal self. After you defeat her, she'll go back to normal and tell you Joey's been possessed also. You'll then face a random Ghoul in the next two rooms, then you'll face Dark Joey. He's more powerful also, so be careful. You'll face one more Ghoul then Yami Marik. After you defeat him, he'll go back to normal, and take you back to Battle City. Now you can face regular Marik, all the Ghouls, and Shadii will be available as a new duelist, whenever you want.

After the game begans. You have to battle just a bit. When you see Kaiba Mokuba!!! challenge him he has the weakest deck in all the game. But when he has the blue eyes ultimate dragon you should restart the game challenge him again & he shouldn't have that again.

If you have real Yu-Gi-Oh! game cards, look in the lower left corner and you will see a number. Enter this number in the password section to get that card.

The easiest way to defeat dark marik in the phantom pyrimad, is to let him set down his limit of magic and trap cards, because he usually does. Also, the most common monster he sets down is vorse raider, like all the other ghouls. The part to pay the most attention to, is let him run out of cards in his deck, and make sure you don't. (note: try not to SUMMON any monsters, but you can set because you'll most likely need to build up your defenses, and he could destroy your face up monsters with trap hole, torrentel tribbute, ect.)

When you fight against Yugi Moto and you lose, when next time you fight with him, he will turn into Little Yugi.

Some time when you fight with Marik Ishtar he will tranformed to other form.

You do not have to battle until Monday to get the weekly Yu-Gi-Oh pack. Talk to other people to change the days of the week.

Lose a total of ten times.

Get the Toon World magic card.

Shadi, Odion, And The Rare Hunters

Whenever an alert comes on about people stealing cards, there should be a passenger in the place that you last dueled or talked to a passenger. That passenger will most likely be a Ghoul (i.e. Arkana, Strings, Rare Hunter, etc.)

In the Japanese version, the duel points are for the card passwords. In the North American version, you can get the cards without needing 500 duel points.

To get a card named United We Stand, which gives the card which is equiped to this one 600 AT and DE for each face-up card you have on the feild, press R, then go to Misc. and then press password. At the password screen, type in 56747793.

I hope these codes help you because they help me all the time. But Just to let you know all of those monsters take tributes.

We have no unlockables for Yu-Gi-Oh! Worldwide Edition: Stairway to the Destined Duel yet. If you have any unlockables please submit them.

We have no easter eggs for Yu-Gi-Oh! Worldwide Edition: Stairway to the Destined Duel yet. If you have any unlockables please submit them.

Zombyra the Dark (88472456) has the letters ZOMBRE, but it does not appear as such on the actual Yu-Gi-Oh! Trading Card Game card.

Submit a cheat for Yu-Gi-Oh! Worldwide Edition: Stairway to the Destined Duel