Use the above links or scroll down see all to the Xbox 360 cheats we have available for Dead Island. 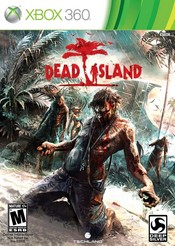 Lots Of Money And Weapons Quick

First be by one of the shops for buying and selling. Next have yourself an expensive weapon. Do the weapon duplicate glitch (hold down LT. Than while holding LT press and hold RT+Y, while looking at the ground). There will now be two weapons on the ground. Pick them up and do this several times. Fill your inventory as much as possible. Than look up at the shop guy and sell them all except for one. Repeat process again.

Once you take the diamond from the Mayor's office on Level 7, City Hall #2, if you go back into the sewers, but then turn round and check the safe again, the Diamond should be spawned back in there. You can obviously sell the diamonds - so this is a good way to get lots of extra cash.

Infinite Money And Shotgun Ammo In The Laboratory

In the Laboratory, there are three safes with no locks containing about 3-5, 000 in loot. There's usually a 2/3 chance for money to appear. You can leave the laboratory area through quick travel to another area (Resort, Moresby, Jungle) and come back to open the safes to get more money.

I find it frustrating that the game NEVER saves. To save whenever you like, simply go to Options, select 'Controls' and set the fight style from analog to digital or vice-versa. The game saves every time you do it.

The license plate on the truck you find all the car parts for says "D34D 1574ND".

During two or more player games, while using a pick up truck, have a player load a propane tank in the back of a pick up truck, climb in the back. The propane tank will start to slide back and eventually drop out of the truck and follow you, the player in the truck can shoot the tank killing any group of zombies near the tank, works very well while trying to turn off the 5 fire hydrants.

Go to the warehouse and get the Hammer and Baseball Bat. Then fast travel to the Church and sell them - you'll get approximately $400. Go back to the Warehouse and the Hammer and Baseball Bat will have respawned. Repeat this as many times as desired. Note: You must be in the City and have discovered both the Church and the Warehouse to do this trick.

Throw the weapon you want to duplicate. Before it hits the ground, press Up. Then, choose to drop the weapon that is equipped. Exit out of the menu, and pick up both items. Repeat this as many times as desired.

I didn't notice this at first until I walked away and blew myself up. If you throw a grenade/Deo-bomb through a door and then close the door while you throw the grenade/Deo-bomb. This will cause another grenade to go through the door and another to apear in your invetory.

Useful Hint For Message To The Masses

Here is a hint for message to the masses. I could not for the life of me find the ladder to reach the rooftop so I could get to the second speaker. Well, once you find the speaker you will see that you cannot reach it from the ground level.
First look up for the wooden planks that you use to cross rooftops. There are two but either one leads you away from the speaker so you can find a ladder. You will see one right near the speaker follow that alley to a four-way cross section, look to your left and you'll find a dead end. The ladder is on the building opposite the way you came to the alley.
*If you find the other wooden planks you went the other-way past the speaker you need to reach. Head straight to the dead end and look left ladder is right there.
Once you find the ladder follow the roof past the satellite dish and cross the wooden planks. Walk to the edge of the roof you should see the speaker. Use the ladder to climb down and hit the switch.

Sometimes when driving a truck with a friend in the back and they continuously fire a gun the vehicle will start shaking violently, sometimes teloporting you or even sending you through the air.

Achievement Tip: 10 Heads Are Better Than 1

Use the assault rifle which is acquired during the second part of the game. Jump on a car and wait until the zombies are next to the car. Then just shoot their heads. Even if you get killed while doing this, your head count does not reset as long as you do not kill a zombie by any other method except a headshot.

If you jump up on any truck or jeep you find when you're surrounded by zombies the zombies cannot hit you no matter how close to the edge of the vehicle you are, if you crouch you can also hit them without the risk of being hit back, this is good if you are in the city because it can be hard to get around without a fight. It will work on cars you can't drive also and any other structure short enough to jump on but tall enough to keep zombies off.

When playing as Logan, this glitch lets you dupe items. Hold down the aim button (left trigger) then hold down the fury button while aiming at multiple zombies. Pull the right trigger. Instead of Logan using his knives, he will be throwing your equipped weapon. Throwing the weapons will cause the game to duplicate your equipped item.

Successfully complete the game. Select "Next Play" to start a second playthrough with all previously earned money and inventory items (blueprints, weapons, etc. ) .

We have no easter eggs for Dead Island yet. If you have any unlockables please submit them.

We have no glitches for Dead Island yet. If you have any unlockables please submit them.

A Play In Four Acts (FAQ)

The following are the secret achievements.

Submit a cheat for Dead Island