Use the above links or scroll down see all to the Xbox 360 cheats we have available for NBA 2K12. 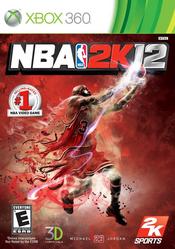 Heat Back In Black Uniform

Enter "albkbinkcca" as a code to unlock the Heat Back in Black uniform.

You can enter these cheat codes in the "Codes" screen:

Enter "liyrimta" as a code to unlock the Raptors Military Night uniform.

Enter "shorty" as a code.

Enter "gigantic" as a code.

We have no easter eggs for NBA 2K12 yet. If you have any unlockables please submit them.

We have no glitches for NBA 2K12 yet. If you have any unlockables please submit them.

Submit a cheat for NBA 2K12