Use the above links or scroll down see all to the Xbox 360 cheats we have available for Dragon Age: Origins. 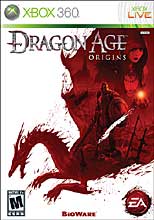 You can do this glitch when you are doing the quest at the beginning for the gray wardens where you have to go into the wild and get the three vials of darkspawn blood and the warden papers. Go into the wilds an get the blood but not the papers, go back to Duncan and talk to him, you will get the experience every time you talk to him. You can keep talking to him as many times as you want to.

It is possible to recruit loghain, but it is pricey. First, you must win the landsmeet against loghain. Then you have to duel him as yourself, not with any other party members. When you beat him, show him mercy. Alistair will want to kill him, but riordan will give you the option to put him through the joining. If you say yes, loghain will join your party, but alistair will leave your party, and you will never see him again.

You are told that when you slay the archdemon, you die with it, thus ending the game right there. This death can be avoided, but it takes a while. First, you must have morrigan in your party at all times from when you get her. You have to bring her approval meter all the way up, and you have to sleep with her. Then, the night before the final battle, go to your room at castle redcliffe and she should be there waiting for you. She will ask if you want to have sex with her, and the baby will take the archdemon spirit. If you agree to have sex with her, when you slay the archdemon, the spirit will go into morrigan and no one dies. Plus, you get a 50g achievement.

Mages are very crucial if you want to survive in the land of ferelden I'm play a warrior but mages area spells came come in handy in many different ways. They can be used at great distances to get the drop on your enemies and have most eliminated before any melee combat ensues, they can also be used through walls at safe distance without enemy detection until its too late, combining area spells at multiple locations deals tremendous damage to foes as well. when fight dragons and other bosses cone of cold can stop even the most devastating of there attacks right in there tracks allowing you and party members to move from harm.

Watchguard Of The Reaching - Reward Is Yusaris 2H Sword

Statues on Third Floor (Watchguard of The Reaching) - Reward is Yusaris Two-Handed Sword
Click Left Statue
Click Right Statue
Click Middle Statue, then go click on statue in the Circle of 4 Statues near Stairs Up Next go down 2 floors to basement entrance in the Apprentice Quarters . Click on door & be ready to fight a semi-difficult demon.

Summoning the Sciences Exercise # 4 (Unless you have atleast Expert Stealing Skill, make sure Lileina with you)
A. Click on Summoning Font
B. Tome of Spirit Personages
C. Rodecromes Uncommon Calling (first column support shelves)
D. Magus Gorvish Statue
E. Elvorn's Grande Beastiary
F. Click on Common Table
G. Spiritium Etherialis
H. Magus Gorvish Statue
I. Novice Phylactery
J. Click Fourth Summoning Flames around the back of the wall near stairs up and when the Ghost guy reappears target him & click on Stealing to get your reward.

While going through the mages tower as the gray wardens early in the game, while saving the mages tower from the demons you enter a room with the summoning items, such items are summoning font summoning 1, 2, 3 etc. Anyways some of the combinations that I found for this room are as followed. 1. Summoning font, tome of spirit personages, summoning the first. A slain lamb will appear (i do not know what this does but that was the 1st 1 I found). 2. Summoning front, elvorn's grande besiary, common table carbing spot, spiritorum etherialis, magus gorvish, novice phylactery, 3rd summoning portal. *you will fight a fade ruifter. 3. Summoning front, elvorn's grande bestiary , rodercoms uncommon calling, magus gorvish, summoning the second. A man will appear (ghost) I do not know of his meaning just yet maybe he will be of later use...

Archdemon Finale: How To Get It Done

Ok, after the first 7 times I died trying to kill the Archdemon I decided to take a more environmental look at it. Attacking head on worked great until the Archdemon flew over to an area seperated by a giant crack/fissure in the ground thus rendering myself (or you) helpless to the unending wave of darkspawn minions to eventually weather you out and kill you. Like I said before after the first 7 or so times I looked around that area for things that may help. In doing so I found 3 ballistas (may have been a fourth but found no need to locate it). If you do this right you shouldn't need fire one arrow or swing your sword once and only use maybe 4 health potions tops. From the very start turn around and go up the stone ramp behind you. You'll see a ballista and another one on the other far side. Turn the first one around (will automatically zone to Archdemon) and commence firing repeatedly. I suggest you summon the mages to help you out. After a while the dragon will fly around back and forth but just keep turning the ballista and firing and you may have to use the ballista across from it when needed. After another long while the Archdemon will fly over to that seperated area of land I mentioned earlier and summon an army of darkspawn. If ur mages are all dead id summon the elves next for suppressing fire. IMMEDIATELY after the Archdemon flys over there, head back down the ramp you first ran up and head across the way up another one and through an open area into another area enclosed with another ballista that's DIRECTLY facing the Archdemon now and is in close range, fire until it flys again right behind you in that new open area I just mentioned and turn and fire until you think its safe ( you should be but be wary don't die after all this) and run up to the Archdemon and it should either collapse or you just have to finish it off. You'll then see a cinamatic of your character finish it off. Congrats you killed it.

We have no easter eggs for Dragon Age: Origins yet. If you have any unlockables please submit them.

When fighting the archdemon, you may notice that their are 3 ballistas surrounding the top of fort drakon. Using these, there is a simple way to slay the archdemon. First, call in some form of allies ( I suggest templars if you have them if not then redcliffe soldiers) to draw the archdemon's attention. Go to the nearest ballista and fire it at the archdemon. When it is hit, it will automatically stop whatever it is doing and roar at the sky, leaving him wide open for attacks for about 2 seconds. Continue doing this and it can be slain in maybe seven minutes. Make sure to stop firing every once in a while and walk up to the archdemon. It won't won't die because of this glitch.

Last of Your Line (10) Completed the Human Noble origin story
Corrupted (10) Completed the Dalish Elf origin story
Conscripted (10) Completed the City Elf origin story
Harrowed (10) Completed the Magi origin story
Casteless (10) Completed the Dwarf Commoner origin story
Kinslayer (10) Completed the Dwarf Noble origin story
Last of the Wardens (20) Completed Ostagar
Standard-Bearer (20) Used the Grey Warden treaties to recruit all possible allies
Hero of Redcliffe (20) Completed "The Arl of Redcliffe"
Rabble-Rouser (20) Completed "The Landsmeet"
Mercenary (20) Complete 15 job-board quests
Recruiter (25) Across all playthroughs, recruited all party members
Hopelessly Romantic (25) Across all playthroughs, experienced all possible romances
Perfectionist (50) Across all playthroughs, discovered all possible endings
Educated (15) Used a tome to improve the main character's attributes, talents, spells, or skills
Magic Sympathizer (20) Sided with the mages in "Broken Circle"
Annulment Invoker (20) Sided with the templars in "Broken Circle"
Slayer (20) Sided with the werewolves in "Nature of the Beast"
Poacher (20) Sided with the elves in "Nature of the Beast"
Sacrilegious (20) Sided with the Cult of Andraste in "The Urn Of Sacred Ashes"
Ceremonialist (20) Defied the Cult of Andraste in "The Urn of Sacred Ashes"
Bhelen's Ally (20) Sided with Bhelen in "A Paragon of Her Kind"
Harrowmont's Ally (20) Sided with Harrowmont in "A Paragon of Her Kind"
Liberator (20) Destroyed the Anvil of the Void
Pragmatist (20) Preserved the Anvil of the Void
Heavy Hitter (10) Main character inflicted 250 damage with a single hit
Bloodied (10) Completed an origin story without the main character ever falling in battle
Traveler (35) Set foot in every area in the game
Master of Arms (25) Main character achieved level 20 as a warrior
Shadow (25) Main character achieved level 20 as a rogue
Archmage (25) Main character achieved level 20 as a mage
Pilgrim (10) Completed a Chanter's Board quest
Grey Warden (20) Killed 100 darkspawn
Master Warden (25) Killed 500 darkspawn
Blight-Queller (25) Killed 1000 darkspawn
Tinkerer (10) Crafted an item
Persuasive (10) Succeeded at five difficult Persuasion attempts
Silver Tongued (20) Succeeded at 25 difficult Persuasion attempts
Bully (10) Succeeded at five difficult Intimidate attempts
Menacing (20) Succeeded at 10 difficult Intimidate attempts
First Knight (10) Experienced the thrill of romance with Alistair
Witch Gone Wild (10) Experienced the thrill of romance with Morrigan
Easy Lover (10) Experienced the thrill of romance with Zevran
Wine, Woman, and Song (10) Experienced the thrill of romance with Leliana
Veteran (25) Main character learned a specialization
Elite (30) Main character learned two specializations
A Dark Promise (50) Defeated the archdemon and, through a dark ritual with Morrigan, spared your own life
Defender (20) Preserved the lives of half the troops at Denerim's Gates in "The Final Battle"
Dragonslayer (30) Defeated the dragon guarding the Urn of Sacred Ashes
The Ultimate Sacrifice (50) Made the ultimate sacrifice in defense of Ferelden
The Warden's Keep DLC Achievements
Diabolist (25) Took advantage of Avernus's research
Master of the Peak (25) Completed "Soldier's Peak"
Stone Prisoner DLC Achievements
Rock and a Hard Place (25) Completed "The Golem in Honnleath"
Stone's Lament (25) Completed "A Golem's Memories"
Submit a cheat for Dragon Age: Origins