Use the above links or scroll down see all to the Xbox cheats we have available for Enclave. 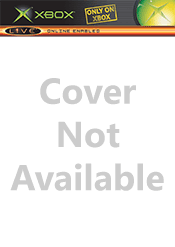 Select the Assassin with the longbow armed with maximum number of arrows. To easily kill the six wizards at the end of the mission, fire at each of them at close range. You can kill them with one well aimed power shot.

Get To The Top In Level 13 (Light Campaign)

Stand on the hidden floor tile to the right of staircase to disable the magic spell to reach the top.

Select the Knight in heavy armor and equip him with the Fireblade and the Enchanted Shield.

To free Zale, pull the lever under the stairway. Do not pull the four decoy levers or he will die.

Listen to the caged Goblin near the start of the level to learn about the treasure in the lighthouse. As you leave the boat, the lighthouse is the first large building you see. Carefully follow the ledge around the base of the lighthouse until you get to a door. Enter it to get to a room with treasure and the map of Naglagard.

At the point where four large rocks tumble down the narrow mountain path, stay on the right-hand side of the path to avoid getting hit.

Save the Halfling from the Orc. She will show you a safer route through the first part of the level.

Stand in the shallow water surrounding the shining cross to heal your wounds.

There are two pots of gold to the right of the door which is opened by the lever, high up in a cove created by a crumbling wall. Quickly press the lever, then stand on the top of the door as it rises. When the door is fully open, jump onto the ledges and up to the gold.

Collect all gold in the Dark Campaign to unlock Fetica as a playable character.

Collect all gold in the Light Campaign to unlock the 9320 Battle Droid as a playable character.

Successfully complete the Dark Campaign to unlock the Stone Gnome as a playable character. The Earth Golem much like the Earth Golem cannot be equipped with any weapons or armor, but is very powerful.

Successfully complete the Light Campaign to unlock the Earth Golem. He cannot do much more than attack, and he cannot be equipped with any weapons or armor, but he is very powerful.

During game play pause the game (press Start) and enter the code X,Y,X,X,Y,Y,X,Y,X,X,Y,Y to access cheats menu. This menu will let you play in god mode or complete current level.

We have no easter eggs for Enclave yet. If you have any unlockables please submit them.

We have no glitches for Enclave yet. If you have any unlockables please submit them.

We have no guides or FAQs for Enclave yet. If you have any unlockables please submit them.

Submit a cheat for Enclave