Season One Walkthrough - Guide for The Walking Dead: A Telltale Games Series

Scroll down to read our guide named "Season One Walkthrough" for The Walking Dead: A Telltale Games Series on PlayStation 3 (PS3), or click the above links for more cheats. 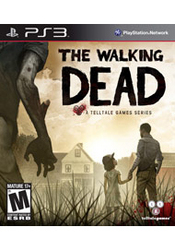