Use the above links or scroll down see all to the PlayStation 3 cheats we have available for Sonic Adventure. 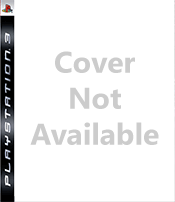 This game is just like the Dreamcast version, so you can use all the tricks and codes that that game had.

Secret Emblem In The Mystic Ruins

In the Mystic Ruins, where you got the fighting gloves with Knuckles, on that ledge you'll see a tree sticking up above the other trees. Glide into it (it is hollow) and there is a secret emblem. This is also available to climb with Knuckles (it is the big tree at Big's house).

Place Where Speed Shoes Are

First of all You must be Sonic. Then go to Station Square and find a manhole by the shop where you get the gold chao egg. Jump into it. Then you will be in the sewers. In the sewers you will find a raised platform and a little porch like thing popping out from the wall. Jump onto it then go left and there you go! You got the Speed Shoes! Hint: After you get the Shoes keep going forward and a wind (or some thing. I can't remember now) will take You to the shop where you get the gold chao.

Place the game disc in a PC compatible CD-ROM drive to find several rendered images from the game.

On the jump panels fall off the third panel. Then go behide the rock and there should be a extra life.

Press Up during the race to change views

Connect to the Dreamcast Network site through the Sonic Adventure game disc and download the new file.

First of all you must have the light speed dash shoes. When you are able to get to Angel Island, charge up until he says, "Ready", but do not let go. Walk to the bridge. Run as fast as you can. By the time you get to the top, you will be walking!

Play in Casinopolis with Sonic and go to the pinball game with the NiGHTS motif. Hit the three little purple point givers in order to open up an entrance at the top of the board. Then make your way through the secret entrance. You'll now be in another NiGHTS motif pinball game. Whenever you fail to catch Sonic with the bumpers, don't worry about losing a ball. Instead, Sonic will be transported through a world very familiar to the NiGHTS level Splash Garden.

Go in the ship, and go to the part with all of those letters. Type in EGGMAN the door in front of it should open up!

Continuously tap X or B to spin faster.

Press Up during the Twinkle Park Race level to change views.

Pause the game and hold X + Y to clear the game of the pause screen.

Upgrades And How To Get Them

Play the game for 5 hours.

Finish the game as Sonic, Tails, Knuckles, Amy, Big and E-102 Gamma. Super Sonic will be avaliable only in Adventure Mode when you do this.

Finish the game with all characters.

Finish the C mission of Emerald Coast action stage while playing as Sonic.

Play the game and get 130 emblems - and you must have the DX downloads.

Beat Knuckles after finishing Ice cap as Sonic or Tails.

Play the game for 10 hours.

Beat the other four courses.

Defeat Chaos 6 while playing as Sonic.

Talk to Amy in the Casino as Sonic after finishing Sky Chase.

Defeat Gamma after finishing Sky Deck as Sonic or Tails. Another way to unlock him is finish Twinkle Park as Amy and watch the FMA's after it.

We have no easter eggs for Sonic Adventure yet. If you have any unlockables please submit them.

We have no glitches for Sonic Adventure yet. If you have any unlockables please submit them.

We have no achievements or trophies for Sonic Adventure yet. If you have any unlockables please submit them.

Submit a cheat for Sonic Adventure