Get the latest The Godfather cheats, codes, unlockables, hints, Easter eggs, glitches, tips, tricks, hacks, downloads, hints, guides, FAQs, walkthroughs, and more for PlayStation 2 (PS2). CheatCodes.com has all you need to win every game you play!

Use the above links or scroll down see all to the PlayStation 2 cheats we have available for The Godfather. 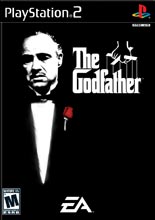 Free 20 Grand While On The Horses Head Mission

In the mission where you have to garrote all the guards and deliver the horses head to its owner, there is a large bag of cash that is easily obtainable. All you have to do is put the garrote away immediately after protecting Rocco while he gathers the package, sprint half way up the stairs, and then grab and beat the first guard to death. After he's dead, sprint to the other one and grab and beat him to death to, BEFORE he can pull his gun out and shoot you, setting off the alarm. Afterword's, go through the mission as normal. When you reach the point after garroting the guard that asked the made out, go to the right and strangle the guard on the balcony. Behind him is a cash bag for 20,000 dollars. As this mission is early on, it really helps a lot.

During the course of the game you can unlock different execution styles, in order to totally complete the game you must have unlocked them all!!

After you become the Don of NYC you get unlimited ammo for all weapons.

In Little Italy, go to the flower shop that is connected to the long alley. Then walk down the alley until you get to the weapons dealer. Wait for the stracci guard to turn his back then duck behind the garbage can by the side door. Enter the door (guns at the ready because they're might be straccis) now go up the small set of stairs then turn left. Walk into the main of the business (they're will be stracci watching you) and extort the business. He should already be past the limit required. Then after you've extorted the business go through the door behind the main desk. They're will be stracci in the back near the trucks but they wont hurt you. Its optional to go to the top where they're might be a racket boss when I did this they're wasn't one. Then you can walk through right through the front door and the straccis wont hurt you.

During gameplay, in the pause menu, go to the map screen and look for a golden yellow gun icon with three stars. That is the highest gun upgrade in the whole game, but it could cost you a whole lot of money buying that upgrade. There is one gun upgrade in every town hope you find them all. And become the don of NYC.

When you want to take over the store of a rival family, keep in mind they are almost always guarded. Take a car and run over the guards at the door so you don't get shot, and then after you kill them, if nobody else is shooting at you, check across the street, and any alleys nearby. They usually hide a few men there. Trucks are tougher, even they are so slow. Brown stores are usually pretty poorly guarded, but blue is tougher, then red, then green. The green guys are also tougher to kill running over them (sometimes it takes 4 hits), and there are usually a lot of guys guarding a green store.

How To Know Which Family Is Which

Ok me and my little brother have been playing The Godfather and have noticed that there is an easy way to get the compounds. Get the blue, red, tan or yellow, then the last, green. We found the blue to be the easiest. The blue compound is in New Jersey, the red compound is in Hecks Kitchen, the tan compound is in Brooklyn, and the green compound is in Midtown. Warehouses are in the same town as the compounds. Some Warehouses are in different towns, but most of the time they are in the same town. You will have to use the two cheats we had to use, the health and the ammo, Health = Left, Square, Right, Circle, Right, L3. Ammo = Circle, Left, Circle, Right, Square, R3. We wish you luck in becoming Don!!!

Get on the freeway and about every ten seconds a warehouse truck will appear. Stop your car in front of it cause damage, kill the mobmen in the truck (Interrogate the driver). Take the money and keep driving (preferably with a speedy car, not the truck which should already be well damaged). You can build up a lot of money by driving for a long time. Then to get the money you MUST go to your bedroom in the safehouse.

Free Pistol in "The Alley" Mission

After you kill the men and are told to locate your safe house, follow the Don's enforcer out of the alley and turn left. Walk down to the next alley on your left. There will be a thug standing there, staring at you. He won't attack you, gut if you beat him up he should drop a pistol, which is good for a first gun. You can use this pistol to help you get through the next missions easier, until you get a gun from the Corleone Family.

Enter a hotel, nightclub, shop, etc. THAT YOU OWN. Smash the cash register and collect the money. Go outside then go back in, the cash register should be fixed. Repeat this process as much times as you want. It's a slow way of getting money, but sometimes you can get $10,000.

Depending on the type of bank will determine the easiest way it can be robbed. The type with the three guards and one room is the easiest, and should be robbed as often as possible. Use the following trick to rob it without being chased or even getting past two shields. First, bribe the cop outside. Then, go into the bank and choke the first guard by the door. Next, go into the vault area and start strangling the guard on the left. The other guard will come and attack you, but he will not shoot. He will only hit you with his billy club. Remember to strangle the man on the left first because he tends to start shooting with his shotgun if you attack the other guard. If you are robbing the big bank, start the same way by bribing the cop outside. Then, go in and immediately strangle the guards in the main room. Hurry down to the vault and strangle the two guards there. Open the door and blow the vault. Three or four guards will attack you as you flee the vault. Get close to them and shoot them with your Tommy gun to perform an instant execution. After you shoot them, run up the stairs and move to the right. Then, take an immediate right to leave the building where the car is always parked. Get in the car quickly because you will be shot at when outside. Take off and you should not be chased once you hit the streets. After any bank robbery you must go to your hangout to get the money. The best bank to rob is the midtown bank, close to the apartment that the Corleone's give you after you save Michael. You wll get $50,000 there.

A good way to take over a compound is to kill everyone from afar then work your way in. The enemies will not respawn as long as you do not leave the area (about one city block). Just hide behind things by crouching, then shoot around corners to get kills. It is also recommended that you upgrade at least two of the pistols (preferably the pistol or sawn off magnum, for quicker shooting). To take over a compound, equip all of your guns with ammunition, or use a powerful gun to kill other gangsters and take their gun. You should have cover at all times. Note: When behind the bushes to the left of the entrance they can shoot you through the bushes. Once inside, do the same thing and always have cover. Then, run downstairs. In the back house there are two men. One is behind a box and there is another behind a pillar. After those two are dead, set the time bomb (not dynamite). If needed, stay in the basement and die, then drive back and repeat on the other house. (When you are ready to take over a compound, the Tattaglias in northeast Brooklyn is recommended because they may be the weakest family in New York, but that does not mean they are going to be very simple to defeat either. Bring some bombs along and blow up the support pillars in the basements. You may start a mob war, but if you are successful you will have a new safe house with a group of guards.) When trying to take over a compound, use your car to run people over. Then, get out and use it as a shield. Once you are in the yard, kill any enemies. Then if you have a lot of ammunition, take one step into the house and shoot at the floor or person. The enemies should step out as you hide. Shoot them, then continue into the room with the couches. Someone could be hiding behind the couch. Run to the basement and clear it, then plant a bomb. Do the same in the other house. Stay far away form the gang members guarding the compound, enough so that you cannot lock on to them. If you pick them off from a far range, they will not shoot back. You can clear the area without getting shot.

Before going on a warehouse assault have these items: pistol (full ammunition), Tommy gun (full ammunition), shotgun (full ammunition), magnum (full ammunition), molotovs (6), and about $25,000. When going to a warehouse, try to blow up the roadblocks. After that, shoot at the remaining gangsters with your pistol (headshots are essential). Then, go in to the warehouse area. Stand behind boxes and shoot the enemies with the pistol or magnum (again with headshots). Once you enter the warehouse, have either your shotgun or Tommy gun ready. Most enemies will have shotguns and Tommy guns. When you kill them, search for the owner. He will have puppeteer hands. Buy him out. Do not hit or injure him or you will not be able to buy him out and will have to use pressure. More than likely you will have also started a mob war. Do not bother looking for bombing business. Instead, check the map for the nearest FBI agent and bribe him. You may lose $3,000, but it is less risky. You will now have a warehouse and won a mob war at the same time.

During gameplay pause the game and press Left, Square, Right, Circle, Right, L3. You have to wait at least five minutes before you put it again.

Press start to go to the pause menu then press circle, left, circle, right, square, R3 then you get a refill on ammo

We have no unlockables for The Godfather yet. If you have any unlockables please submit them.

We have no easter eggs for The Godfather yet. If you have any unlockables please submit them.

We have no glitches for The Godfather yet. If you have any unlockables please submit them.

We have no guides or FAQs for The Godfather yet. If you have any unlockables please submit them.

Submit a cheat for The Godfather