Get the latest The Godfather cheats, codes, unlockables, hints, Easter eggs, glitches, tips, tricks, hacks, downloads, hints, guides, FAQs, walkthroughs, and more for Xbox (Xbox). CheatCodes.com has all you need to win every game you play!

Use the above links or scroll down see all to the Xbox cheats we have available for The Godfather. 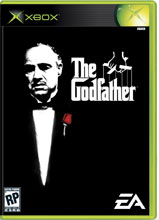 First get a molotov. Second get a car. Then find a racket trunk. After you find one, turn the car sideways and and stop in front of it. Then get out and take out the molotovs and throw one at the engine of the truck. It is the fastest way to make it explode. You will find $2000 on the ground next to the blown up truck.

When you are getting shot by another family or cop, grab someone nearby and use them as a shield. By doing this, you will not get hurt while being shot.

When you are being pursued by enemies in a car, let them drive up on your side. Usually they will come up near your rear on your left or right. Then, look ahead and lure them into an accident. Usually they will smash into something like oncoming traffic or a wall if you time it correctly. They will eventually come back and catch up to you, but if you keep doing this you can get them to blow themselves up (because you cannot shoot out your car at them).

Before going on a warehouse assault have these items: pistol (full ammo), Tommy gun(full ammo), shotgun (full ammo), Magnum (full ammo), Molotovs (6), and about $25,000. When going to a warehouse, try to blow up the roadblocks. After that, stand there and shoot at oncoming gangsters with your pistol (headshots are essential). Then, go in to the warehouse area. Stand behind boxes and shoot your enigmas with the pistol or Magnum (again with headshots). When you actually enter the warehouse, have either your shotgun or Tommy gun ready. Most enmeshes will have shotguns and Tommy guns. When you kill them, search for the owner. He will have puppeteer hands. Buy him out. Do not hit or injure him or you will not be able to buy him out and will have to use pressure. On the way you will have almost certainly started a mob war. Do not bother looking for bombing business. Instead, check the map for the nearest FBI agent and bribe him. You may lose $3,000, but it is less risky. You will now have a warehouse and won a mob war at the same time.

After you beat up the men and are told to locate your safe house, follow the Don's enforcer out of the alley and turn left. Walk down a short distance to the next alley on your left. There will be a thug standing there, staring at you. He will not attack, but if you beat him up he will drop a pistol, which is good for a first gun. You can now select this as a weapon by using the D- pad and shoot people to get through the next few missions with ease (before you are given a gun by the mob, and it is more powerful).

When you are having trouble extorting business owners, try destroying some of their property and/or hold a gun to their face. For example, when you are trying to take over Good Eats in Brooklyn. you can hold the gun to the man's face then reholster the gun and extort. He will refuse. Simply draw your gun again, lock on, and hold it. Keep doing this until he caves in. Do not forget to reholster your gun to avoid accidentally shooting him. In another example, when you are trying to extort money from the hotel owner in Brooklyn, hold a gun to him twice, break the downstairs cupboard, then finally blow his safe before you beat him into submission. Always buy available rackets first. Take a trip around to either buy another racket or go around the block. Do not attack until you visit again, and instead of enemy soldiers you will find all your soldiers. By doing this you do not have to fight a bunch of enemies and get your vendetta up.

"The Don Is Dead" mission

Break the windows in the barber shop before starting the mission. This will allow for easy shooting once the Don is shot. The recommended gun for this and any other close range shooting mission is the magnum.

The type of bank will determine the easiest way it can be robbed. The type with the three guards and one room is by far the easiest, and should be robbed as often as possible. Use the following trick to rob it without being chased or even getting past two shields. First, bribe the cop outside. Then, go into the bank and choke the first guard by the door. Next, go into the vault area and start strangling the guard on the left. The other guard will come and attack you, but he will not shoot. He will only hit you with his billy club. Remember to strangle the man on the left first because he tends to start shooting with his shotgun if you attack the other guard. If you are robbing the big bank, start the same way by bribing the cop outside. Then, go in and immediately strangle the guards in the main room. Hurry down to the vault and strangle the two guards there. Open the door and blow the vault. Ready your Tommy gun for action. Three or four guards will attack you as you flee the vault. Get close to them as you are shooting them and you will perform an instant execution. After you shoot them, run up the stairs and move to the right. Then, take an immediate right to leave the building where the car is always parked. Get in the car quickly because you will be shot at when outside. Take off and you should not be chased after you hit the streets. After any bank robbery you must go to your hangout to get the money. The best bank to rob is the midtown bank, close to the apartment that the Corleone's give you after you save Michael. You wll get $50,000 there.

The box in New Jersey is in the train yard by the Stracci famil compound. If you go into the train yard look for a Stracci in blue, when he sees you he will run back behind the crate. Follow him and you will see more of them. Shoot all of them and shoot the box. Pick up the money and there will be three more Straccis on your way out.

If you want some easy money look for boxes with orange arrows over them. There is one box for every part of town. They are all guarded by the family that owns that part of town.

Go to the corner of Prince and Bowerey in Little Italy. Now go through the double doors on the second floor. You should see a man without a shirt who wants to fight with you. DO NOT SAY YES! Shoot him in the head until he dies. He might drop nothing, a health bottle, or $1200. If you go out of the room and he will regenerate. You can now repeat this cheat.

In order to attain $5,000 pause the game and enter X, Y, X, X, Y and then click the left analog stick. There will be a confirmation noise. This code can only be used occasionally otherwise a different noise will occur.

Pause the game and press Y, Left, Y, Right, X and click the right analog stick. There will be a confirmation noise. This code can only be used occasionally otherwise a different noise will occur.

We have no unlockables for The Godfather yet. If you have any unlockables please submit them.

We have no easter eggs for The Godfather yet. If you have any unlockables please submit them.

We have no glitches for The Godfather yet. If you have any unlockables please submit them.

We have no guides or FAQs for The Godfather yet. If you have any unlockables please submit them.

Submit a cheat for The Godfather