Scroll down to read our guide named "Defeating King Bulbin" for The Legend of Zelda: Twilight Princess on Wii (Wii), or click the above links for more cheats. 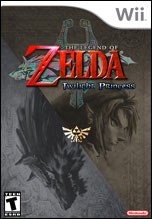 Tweet
Check GameCube cheats for this game
Back to all The Legend of Zelda: Twilight Princess cheats